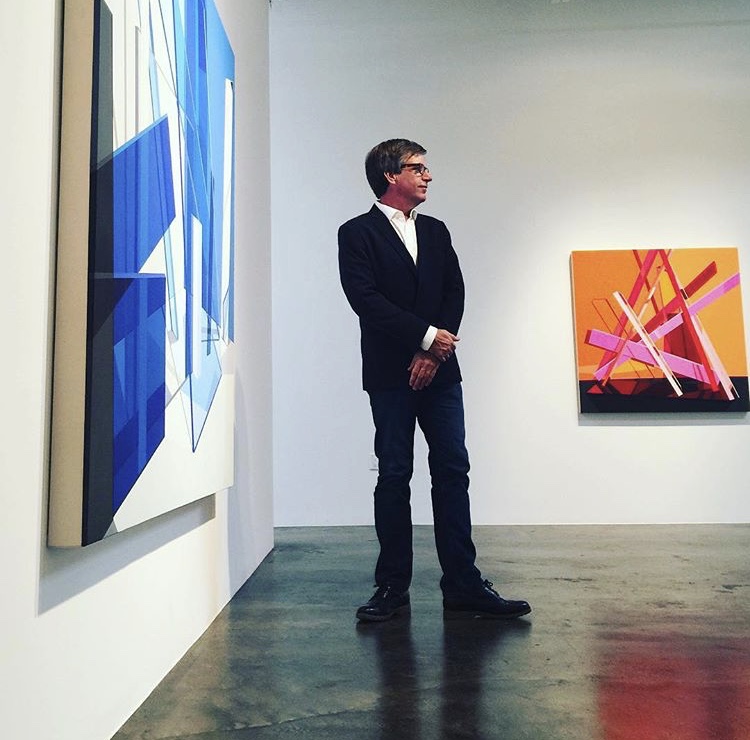 Tommy Fitzpatrick (born 1969, Dallas, TX) earned his BA from The University of Texas at Austin in 1991 and his MFA from Yale University in 1993. He has exhibited his work in 20 solo exhibitions, including Crystal Cities, Holly Johnson Gallery, Dallas (2017); CITY FACES, Michael Schultz Gallery, Seoul, South Korea (2010). In 2004- 05 the exhibition Object Lessons: a Survey of Work from 1997-2004, organized by the Galveston Arts Center, traveled to the Arlington Museum of Art. A companion exhibition, Observations: 1997-2004, was on view at Charles Cowles Gallery, New York. Fitzpatrick’s paintings are in the public collections of the Museum of Fine Arts, Houston, as well as the Modern Art Museum of Fort Worth. He is an Assistant Professor of painting at Texas State University in San Marcos. Fitzpatrick lives in New Braunfels, TX.